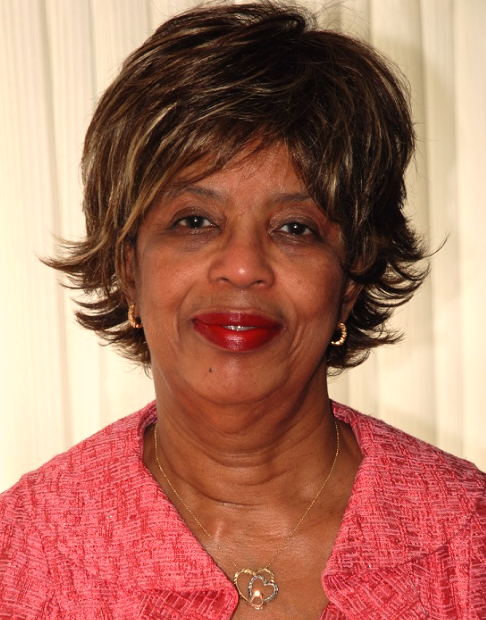 The Inclusiv is pleased to announce the recipient of the 2015 Annie Vamper Helping Hands Award, the highest honor given by Inclusiv to community development credit union staff and volunteers. This year's recipient of the Helping Hands Award is Eunice Johnson Rogers, CEO of NRS Community Development Federal Credit Union in Birmingham, Alabama. Ms. Rogers will receive her award at a special ceremony on Thursday, September 24, 2015 at Inclusiv's Annual Conference in Phoenix, Arizona.

About Eunice Johnson Rogers
Managing a credit union is Eunice Rogers' second career. With a degree in engineering from Vanderbilt University, this Birmingham native was a trailblazer at a time when few African- American women could be found in the field; she was a charter member of the Birmingham, Alabama chapter of the National Society of Black Engineers. Eunice worked for nearly 20 years for Bell South, before becoming the CEO of NRS (New Rising Star) Community Development Federal Credit Union, which was chartered in 1996.

Eunice threw herself into the credit union movement. She attended both CUNA Management School and Inclusiv's CDCU Institute™. She is active in the League of Southeastern Credit Unions and has served as a liaison to state policymakers, representing District 7. Nationally, Eunice has served as Inclusiv Board Chair and has served on Inclusiv's Education and Training Committee, Membership Committee, and has been active in the Faith-Based Credit Union Task Force. She has served on CUNA's Cooperatives Alliance and the Small Credit Union Committees and has participated in the Development Educators program. Eunice made a strong impression on a large credit union audience as a featured speaker at the NCUA PALs workshop in Orlando, FL. Her credit union is a member of the National Association of Federal Credit Unions (NAFCU), and she is a member of the African-American Credit Union Coalition (AACUC), a close ally of Inclusiv. In 2010, Eunice received the Pete Crear Lifetime Achievement Award from AACUC. Remarkably, and despite all her national work and her duties managing NRSCDFCU, Eunice found time to serve as Chairman of the Planning Commission of the City of Birmingham and currently serves on the board of both the Regional Planning Commission of Greater Birmingham and the Alabama Association of Regional Councils. She is also the Chairman of the Alabama Asset Building Coalition promoting financial stability for individuals and families.

"NRS Community Development Federal Credit Union has been a member of Inclusiv since NRS was first chartered. Inclusiv was there on the day we were chartered, with a check in hand," says Eunice. "Inclusiv investments have helped us make loans to our members, many of whom are living paycheck to paycheck." With only $1 million in assets, NRS offers its 375 members checking and savings accounts, signature and auto loans, CDs, Individual Development Accounts and online banking. In the last seven years NRS has focused on anti-predatory loans. "Alabama has one of the highest poverty rates in the country and there's no ceiling on the interest rate predatory lenders can charge, so we see lots of people in a no-win cycle of continuing debt. NRS provides members with financial services at a reasonable price and we serve them with dignity," says Eunice. Since 2008, NRS has made $420,000 in small dollar loans, making NRS one of the top lenders of anti-predatory loans in Alabama. "A large part of our success comes from being a member of Inclusiv - not through the money resources, but through the people resources. Networking with other credit unions that are similar to mine, that are serving members similar to ours, has helped us serve our members in the best way possible."