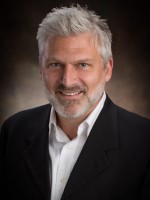 Jack Lawson has been member of the Inclusiv Board of Directors since 2014, serving as Board Chair for 6 of those years.  He is the President and Chief Executive Officer of Clearwater Credit Union, an $850 million credit union in Western Montana.  Clearwater is Montana’s second largest credit union and its largest Treasury Department certified CDFI.  The credit union’s 170 employees serve 53,000 members from 7 offices in Western Montana.

Prior to joining Clearwater, Jack worked for 5 years as a Chief Operating Officer at Self-Help Federal Credit Union, a nationally recognized community development lender with operations in North Carolina, California, Florida and Chicago.  Prior to working at Self-Help he spent about 10 years at Brooklyn Cooperative Federal Credit Union, working first as the credit union’s founding organizer and then as its Chief Executive Officer.  In other moments in his career, Jack has also been a carpenter, a logger, a slate roofer and a land use planner.  He holds a BA in Biology (University of Vermont), an MA in Development Studies (University of London, SOAS), and an MPhil in Economics (Graduate Faculty, New School for Social Research).

Jack is also a director at the Missoula Economic Partnership, MonTEC, and Montana’s Credit Union League. He lives in Missoula, Montana with his wife, Sasha Bell, and their daughter, Bebban Lawson.