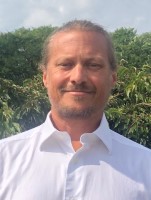 Kevin Mietlicki has worked in credit unions for 30 years, holding jobs from Accounting Manager to CEO. He has been the CFO at Alternatives Federal Credit Union for the past 5 years, where he has had the honor to work for the community through the CDCU. Kevin feels that landing at Alternatives has helped bring credit unions full circle for him; he received his Credit Union Development Educator (CUDE) designation in 2019 and has actively helped other credit unions with their questions regarding low-income designations and CDFI / CDCU status.

Kevin is the Treasurer/Secretary for Alternative FCU’s 501(c)3, Impact. He is part of a small group that put together a new program that the credit union will offer through Impact, which is called RISE (Reimagining Inclusive Solutions for Entrepreneurs). This is a character-based loan fund to aid startup businesses for people passed over by mainstream lending.

He currently serves as Treasurer United Way of Tompkins County, where he leads the Personnel, Finance and Administrative committee of the Board. He is also a member of the Board for the YMCA of Ithaca and Tompkins County. He has previously served on various industry committees for NAFCU, Alloya Corporate, and the New York Credit Union League.

Kevin coached youth soccer and swim programs while his children were growing up and still participate in swimming as a high school swim official. He is a 17-time Ironman finisher and lives with his wife, Donna, in Cortland, NY.