The Annie Vamper Helping Hands Award recognizes individuals who are making extraordinary contributions to the community development credit union movement. Annie’s lifelong dedication to credit unions serving low- and moderate-income people and communities remains an inspiration to CDCU staff and volunteers. The Helping Hands Award honors Annie’s memory and celebrates individuals who continue in our mission of service to the underserved. This year, we honor Linda Levy, CEO of Lower East Side People's Federal Credit Union. 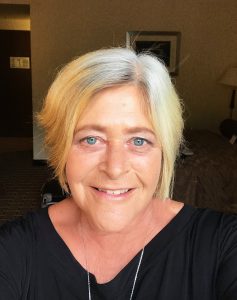 While Linda had ample co-op experience, her limited knowledge of accounting required assistance from the Federation’s only other employee at the time, Annie Vamper. Annie took Linda under her wing, working with her daily for a full year, teaching her to run a credit union and much else along the way. Rounding out this dream team of mentors was Bethex FCU manager, Joy Cousminer.

Though she left LESPFCU in 1991, spending several years at the Federation providing technical assistance to CDCUs across the country, Linda remained on the Board of Directors until 1999. In 2004, after five years abroad, she was re-elected to the LESPFCU Board. One year later, Linda was elected Board Treasurer and named Acting CEO, and in 2006 the position became permanent.

Linda served as CEO for 12 years, with a team of amazing women, who, like her, had no prior experience running a financial institution, but brought great willingness to learn and heartfelt commitment to the mission and LESPFCU’s members. Together they’ve built the credit union into a $56M, self-sufficient cooperative that’s become much more than a financial institution. Steeped in its mission for economic justice, the credit union has actively participated in city- and state-wide coalitions fighting for immigrant rights, consumer protection and affordable housing. Linda retired in April 2018.