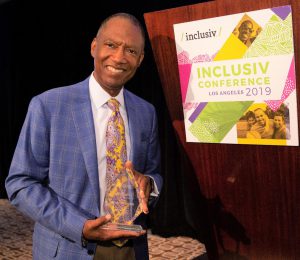 Click here for the full announcement and here for a transcript of his moving acceptance speech.

Maurice Smith is the CEO of Local Government Federal Credit Union and Civic FCU. Both are financial cooperatives serving the financial needs of employees, appointed officials, elected officeholders and volunteers of local governments in North Carolina. Smith began his career in financial services as a loan officer for State Employees’ Credit Union. Smith served in several capacities including vice-president/city executive and vice-president of marketing/training. Smith joined LGFCU in 1992 as the Executive Vice-President and was promoted to President in 1999 and later CEO. Smith received his Bachelors of Science in Business Administration from the University of North Carolina at Wilmington and earned a Juris Doctorate from the NC Central University School of Law. Smith is licensed to practice law in North Carolina, the District of Columbia and before the United States Supreme Court. Smith is also a North Carolina Certified Superior Court Mediator.