“If you are living on a fixed income you are really in a fix.” -Mittie, age 65, Kinston, North Carolina

Rose, a widow renting a home in Kansas City, came to us for a Benefits Checkup. It seemed that every month she was coming up short on her utilities and was having trouble keeping the kitchen stocked. After filling out the easy online questionnaire we discovered that Rose was missing out on benefits from her husband’s military service. She had been struggling ever since losing her husband. All benefits from the VA had stopped when he passed. It turns out she is entitled to widow’s benefits! The program also determined that she is also eligible for utility assistance from the Salvation Army. Rose has applied for both and already received the immediate relief of utility assistance. The paperwork has been filed with the Veteran’s Administration and the new benefit, discovered with Benefits Checkup, should be starting soon. We are hoping with her new budgeting skills, learned from Holy Rosary, that she will finally succeed in stretching her money to the end of the month. 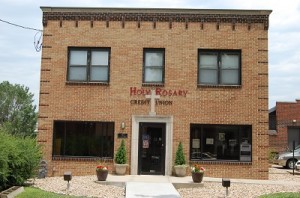 Alfred, 73, rents a home in Kansas City, MO. He came to us in February with a problem. He had a large payday loan that had fallen delinquent. He had recently had to take another smaller payday loan from a different lending company in order to make his payment to the first payday lender on time. Now realizing he had two loans with very high interest rates as well as problems paying the first one along with his other bills, he knew he was in over his head. We were able to consolidate those two payday loans, also including a couple of high interest store credit card balances he had, all into one loan with a single affordable payment. Alfred signed a pledge to not approach any other payday lenders during the time he was paying Holy Rosary back without seeking help from us first. We broke the payday lending cycle before it spiraled out of control and Alfred now is working on budgeting with us in order to save up an emergency fund so he never feels the need to approach a payday lender again. 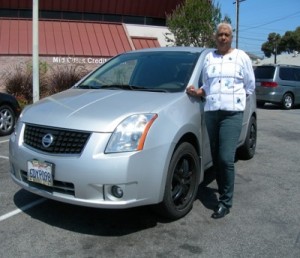 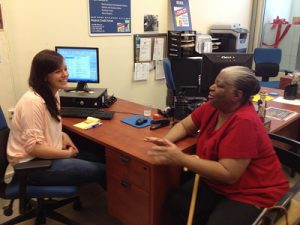 As soon as Ms. B. started working with a financial counselor at ERDA, she began to feel that her situation was manageable. “We sat down and we made a plan, like a menu for me to follow,” she said. Six months later, Ms. Butler had paid all her back rent and was out of the court process. “Ms. B’s financial counselor referred her to the ERDA Federal Credit Union. She opened a savings account at and has been savings 20% of her income each month. “It’s a good start for me; my age is not stopping me. The Credit Union is giving me a chance to still grow instead of saying I’m too old I’m too old. Ms. B has already saved $1500 in her account and has opened an account for her grandson.