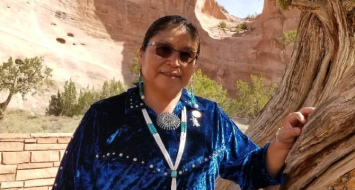 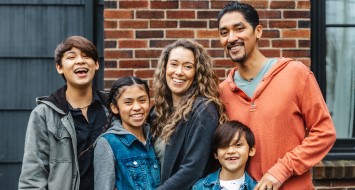 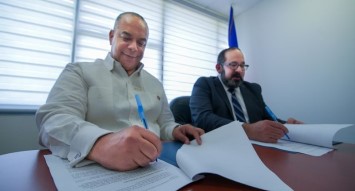 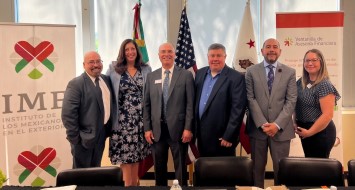 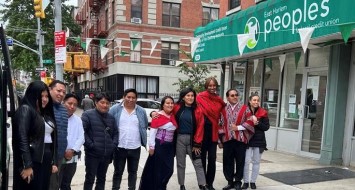 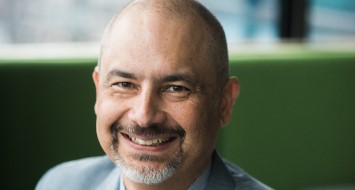 Los Angeles, CA (September 18, 2019) - Today, I nclusiv announced the expansion of the Juntos Avanzamos network to 100 credit unions. This expansion reflects the credit union industry’s support for Juntos Avanzamos and financial inclusion. This new milestone was announced at Inclusiv’s 2019 Annual Conference in Los Angeles, California and is part of Inclusiv's celebration of Hispanic Heritage Month.

“Juntos Avanzamos has become the financial inclusion standard for Hispanics and immigrants within the credit union industry. Its system-wide adoption has opened the doors of financial opportunity for millions of underserved consumers across the United States, regardless of nationality or immigration status. Inclusiv is proud of this historic achievement, which is the result of the collective support of a coalition of league and industry partners committed to financial inclusion and to serving an increasingly diverse nation. We look forward to continue to champion inclusion throughout the industry and beyond,” said Pablo DeFilippi, SVP of Membership and Network Engagement at Inclusiv.

"When the Cornerstone Credit Union League set about on this journey with Inclusiv to spread the reach of Juntos Avanzamos, we had hoped it would generate increased commitment by credit unions in serving a vital and vibrant Hispanic population in communities across the country. This milestone of reaching 100 Juntos Avanzamos designated credit unions is significant, resulting in fair and equitable financial services to countless new credit union members who have traditionally been underserved or entirely unbanked," said Jim Gorman, Senior Vice President for Communications and Outreach at the Cornerstone Credit Union League.

The growth of Juntos Avanzamos underlines the increased awareness within our movement of the importance of financial inclusion and the key role Hispanics and immigrants play in the nation’s economy. With the addition of these credit unions, the Juntos Avanzamos network has substantially expanded its reach and capacity to impact the Hispanic and immigrant communities in the United States.

"On behalf of the Illinois Credit Union League, I offer my congratulations to Inclusiv on hitting the outstanding milestone of 100 credit unions earning the Juntos Avanzamos designation! What a tremendous accomplishment for the Inclusiv team, participating credit unions, and members who have benefited over the years from financial products and services delivered in the language they speak and read. You have a right to be proud and celebrate the success of this program, which we look forward in the coming years to help you expand with the large and growing Spanish-speaking population in Illinois. You have done a terrific job spreading the word about this great underserved market and I look forward to celebrating the next 100 Juntos credit unions with you soon," said Tom Kane, President & CEO of the Illinois Credit Union League.

"We are thrilled with the growth of the Juntos Avanzamos program. The California and Nevada Credit Union Leagues were one of the first leagues to officially support its national expansion. California now has the second largest concentration of Juntos Avanzamos credit unions in the country. It is a great framework for helping credit unions meet the needs of Hispanics in their communities and become the financial institution of choice for this incredibly important demographic. We commend Inclusiv for all its work with this program and encourage credit unions to apply for the designation," said Larry Palochik, Senior Vice President of Member Solutions at the California and Nevada Credit Union League.

Inclusiv and its Juntos Avanzamos League partners, the   League of Southeastern Credit Unions and Affiliates , the Asociación de Ejecutivos de Cooperativas de Puerto Rico and the Northwest Credit Union Association , welcomes this new group of credit unions to the growing network of institutions committed to meeting the needs of Hispanic and immigrant consumers and their adoption of the Juntos Avanzamos framework of financial inclusion.

“We are proud that one of our members has become the first cooperativa in Puerto Rico to receive the Juntos Avanzamos designation. The cooperative movement has grown substantially after Hurricane María, a recognition of our commitment to underserved and vulnerable communities. There is a large immigrant population in Puerto Rico made up of thousands of Dominicans, as well as other nationalities. Jes ú s Obrero is leading the way for other cooperativas to expand their products and services for the immigrant population," said José Julián Ramírez, Executive Director of the Asociación de Ejecutivos de Cooperativas de Puerto Rico.