Seattle Credit Union: A Lifeline for the Community

Seattle Credit Union: A Lifeline for the Community

Richard Romero remembers hauling groceries for blocks as a child with his mother because his immigrant family did not own a car. When they finally purchased a used Volkswagen, a new world opened up: a far easier grocery transport, of course, but also travel and job opportunities.

Today, as CEO and President of Seattle Credit Union and Inclusiv’s Board Chair, Richard understands firsthand the impact an affordable loan has to a low-income family. This insight informs Seattle Credit Union’s role as a leader in serving communities of color and the underserved, offering products such as low down payment loans, ITIN loans, and citizenship loans. As a financial institution with a social mission, the Seattle Credit Union has been especially integral during the COVID-19 pandemic. 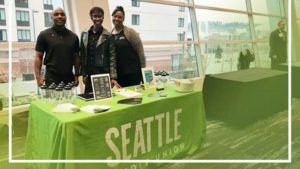 When the pandemic’s disproportionate damaging effects on communities of color immediately became apparent, Seattle Credit Union was prepared with the resources and relationships to spring into action. One of these longstanding relationships is with Tabor 100, an association of African-American business advocates and entrepreneurs committed to economic and social equity in greater Seattle. Through this partnership, a pipeline was developed for Black businesses in need of assistance to receive access to emergency capital and other services with the credit union. When emergency government programs such as PPP proved to be least accessible to small Black-owned businesses, Seattle Credit Union became a lifeline. 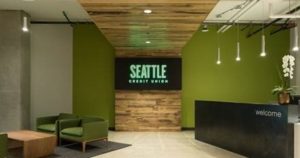 Stigma and labels as risky borrowers have long been associated with historically redlined, unbanked, and underbanked populations. Getting Seattle Credit Union to meet this population’s needs was a long process.

“We started with the reinvention of the credit union, from a now fully diversified Board to the management team and throughout the organization, to have representation of the people we want to serve,” said Richard. 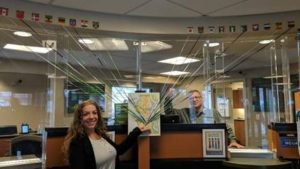 Richard stressed that loans need to be realistic to a person’s circumstances for them to succeed and thrive. A minimum wage worker may not be approved for a $50,000 new car loan. However, a loan for a secondhand car, perhaps $10,000, would enable this person to get to school, work, and appointments.

“The credit union industry must get out of the mindset that ‘low income equals high risk,’” Richard said. “For example, the ITIN is one of the best performing portfolios we have. We must get our industry to focus on these areas if the impact to society justifies it. If one’s program is set up correctly, we can fulfill what credit unions truly can be—people serving people.”