Toledo Urban Federal Credit Union: A Cornerstone of the Community

Toledo Urban Federal Credit Union: A Cornerstone of the Community 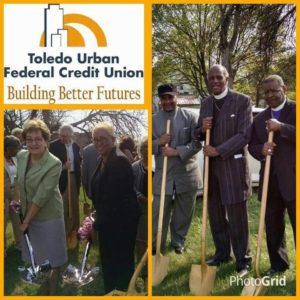 In 1992, local incidences of violence in Toledo, Ohio brought faith leaders and city government together for healing. The Toledo Urban Federal Credit Union emerged as one example of a solution to change the community. Its success caught everyone by surprise—the line was blocks-long in the first weeks, and the credit union was, at one time, the fastest growing in the United States.

Toledo Urban serves the oldest community in Toledo, Ohio, where the members were predominantly Black and either walked in or came by bike. It is literally and figuratively a cornerstone of the community. The corner building sits at the intersection of Detroit and Dorr and is easily accessible to people from downtown, the nearby University of Toledo, and major highways that cut through the city. “The community sees us as the hub,” Suzette Cowell, the CEO, said. “Whenever there are any issues in the area, families will end up at the credit union. They’re not always looking for loans but will ask us for guidance.” 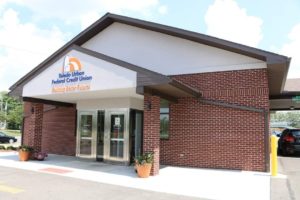 The front entrance of the credit union

During the COVID-19 pandemic, Toledo Urban did not close its doors. They remained open and worked with the local Small Business Development Center and the city’s Chamber of Commerce. From funds provided by Inclusiv and other organizations, they helped members who could not make loan payments because their livelihoods or circumstances were affected by the pandemic. As well, they guided members to access resources to get help.

“When the first stimulus checks were sent, the community was unaware of what to do. They did not trust the money—that it was theirs, to keep. The members who deposited the checks in the credit union caused us to grow in only a matter of months. Then, the second stimulus checks were mailed and cashed, and you saw that the money from the first check was also being spent. But people still had the same issues with buying groceries, medicine, paying mortgage and rent.”

Ms. Alethea holding her brick that is now hanging on the wall of TUFCU

However, due to Toledo Urban’s services, its members were able to best maximize their money and navigate either their personal or professional lives during the pandemic.

Alethea, a Black small-business owner, has received continued assistance from Toledo Urban over the last twenty years. She called both the credit union and its staff a “godsend” and her “backbone” through their work with her over her struggles with financial hardship.

“I’m right down the street from them, and I know the door’s always open,” she said. “The credit union helped me out with my back taxes. Now I’m free from back taxes, and that is such a relief, such a blessing.” During the pandemic, Alethea has received loans that kept her business up and running. 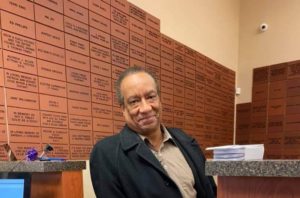 Board President Fletcher Word, in front of TUFCU's Brick Wall. The Bricks represent members, individuals in the community or businesses that made a financial contribution to the raising of the building.

Cowell notes that, when she first started, she was told by a long-time community resident that “when the community takes you in and believes that you belong to them, that’s when you’ll see a difference.” That has been what Toledo Urban does: It provides inclusive services, is active in the community, and gives people hope. There is hope that when someone arrives, the doors will be open; hope that when someone asks for help, help will be given. Ms. Cowell believes that if more communities had institutions that were willing to help, “our society would be a lot different.”

The buy-in from Toledo residents, including the construction of the new building, doubled Toledo Urban’s membership. The continuation of the credit union’s important work—providing an array of financial services, being active and conducting financial education seminars and workshops—has changed the dynamics of the community.