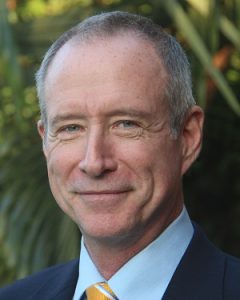 Terry Ratigan serves Inclusiv as a Senior Consultant and is a leading analyst of credit union performance and impact in low-income and underserved communities. In 2010 he developed a statistical methodology to evaluate credit union activities in CDFI Target Markets and eligibility for CDFI certification that has been used for hundreds of credit union certifications to date. An adapted version of this methodology served as the basis for the 2011 revision of the NCUA Final Rule on Low-Income Designation and CDFI Fund guidance on target market analysis. In 2013 he developed the Capacity and Community Development Index to help credit unions increase their impact through the targeted expansion of products and services that are highly valued in low-income and emerging markets. Recent publications include CDFI Certification:  A Building Block for Credit Union Growth, Performance Profiles and Prospects for CDFI Credit Unions (CUNA, 2014); Partnerships for Financial Capability; Diagnostic Frameworks for Financial Institutions and Partners, (CFSI & NFCDCU, 2015); and Inclusive Finance:  Financial Performance and Economic Impact of Community Development Credit Unions (Inclusiv, 2018).  From 2008 to 2012 he managed the national HUD Housing Counseling Program for Credit Unions.  Mr. Ratigan previously worked internationally as a senior manager for CARE in Bangladesh and Mozambique and as a Peace Corps Volunteer in Sierra Leone.  He holds a BA from the University of Virginia and MPP from Harvard University.